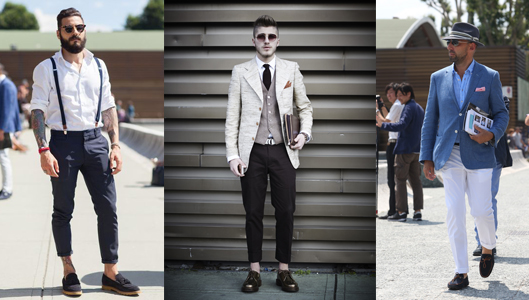 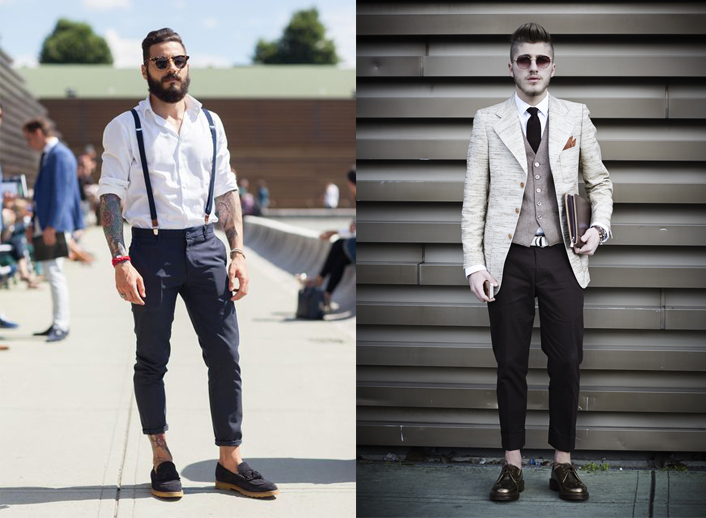 The story of men’s chinos in coloured canvas has a pictoresque origin, almost turning out into a legend over the decades. It all begun in the mid-19th century, with the fortuitous creation of khaki colour, invented in India by an imaginative British army officer, to hide the effects of dust on soldiers’ white trousers. He successfully tried to dye the trousers with a mixture of spices and coffee, with the result of the classic sandy-ocher hue.

Still, it was only at the beginning of the 20th century that those coloured cotton trousers so-called “chino”, became famous thanks to an equally legendary international trade, through China and United States Army, spreading all over the world and becoming in the 80s a classic item of cloth of male wardrobe. The Americans were the first to call them “chinos”, actually because of their Chinese origin. 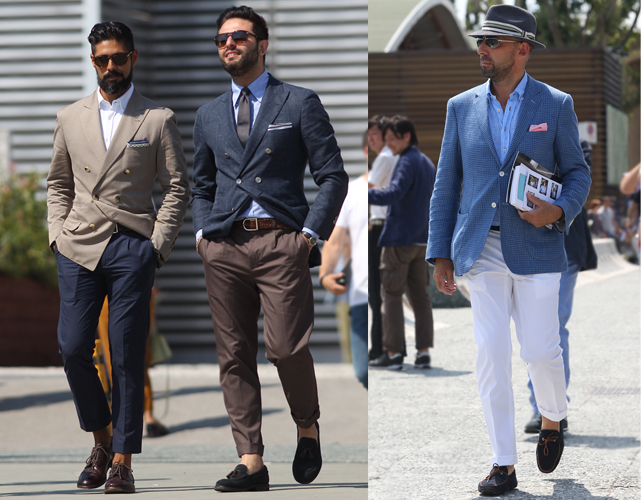 Currently, men’s chinos trousers represent an elegant alternative to denim jeans, and above all, an eclectic garment easily adaptable to both sporty or casual-chic look, and to more classic style, though they are not suitable for more formal occasions. Lightweight and comfortable, they are particularly suitable in summer, and are often re-interpreted by the biggest fashion brands, which are able to reinvent new and sophisticated versions. Regardless to fashion trends of the moment, everyone can choose the most suitable model of chinos for his body and style, paying particular attention to the length of legs, which should touch the shoes without exceeding, and the accuracy of waist and hips size.

Men’s chinos trousers in coloured cotton perfectly match with a polo shirt in contrasting hue, or with a white or pale colour button-down shirt, worn under a blazer or a casual jacket, with boat shoes or loafers. Worn with a shirt and tie they will give you a casual-chic attire, suitable for an informal evening or a business meeting, but nothing prevents more original mix with a t-shirt and sneakers, a sweatshirt or a rain coat.

Do you like chinos trousers? Tell us your choices of style and your look!

Soon on Kamiceria store, Made in Italy chinos and denim jeans! 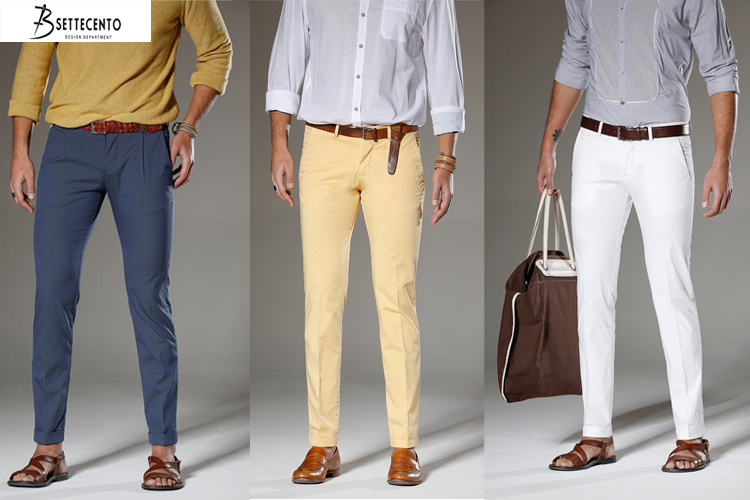