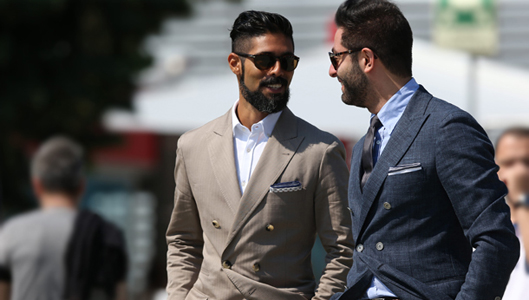 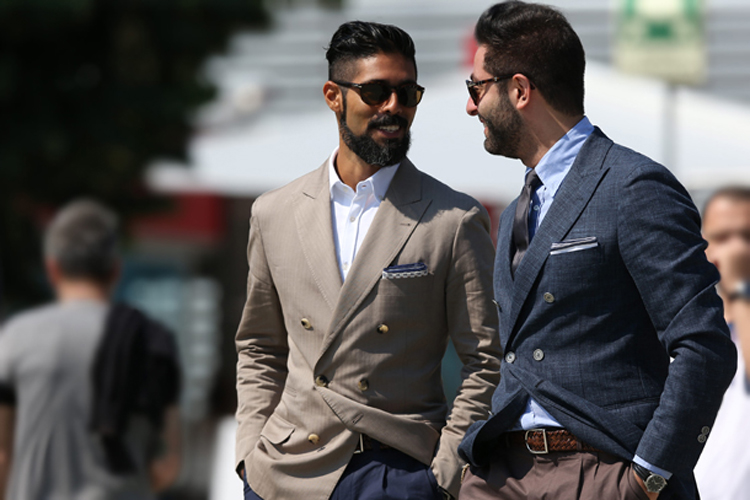 Double-breasted jacket, coat or blazer, is a traditional part of the male wardrobe, which origin dates back to the nineteenth century, when the British Navy adopted this characteristic short jacket with two columns of buttons for their crews.

The double-breasted buttoning differentiates this type of men’s jacket actually because of the double columns of buttons, one of which has a purely decorative purpose, allowing the overlap of the two front flaps. Although this type of jacket is not generally considered really formal, it suits a sleek and proportionate body, but in any case, perhaps with some little tailoring adjustments, it can exalt any figure with harmony and creates a pleasant effect of casual elegance.

In general, the line of the jacket has evolved from its past sack shape in a slimmer more modern cut, following with harmony the body silhouette. Its neckline formed by two lapels is much deeper, giving the opportunity to wear a shirt and tie underneath, for a casual-chic and original look perfect for all ages and any occasion.

Classic men’s double-breasted jacket, always has the inevitable peak lapels detail, and the typical six buttons in two columns of three along the lines of the lapel. Only two of them have a functional scope, while the others are merely decorative. This model is called six-on-two, where the first number identifies the total number of front buttons, and the second the number of fastening buttons. However, there are also models with more or less buttons, for example two rows consisting of four buttons (four-on-two), a model inspired by the military uniforms.

HOW TO MATCH A DOUBLE-BREASTED JACKET?

Double-breasted jacket is a great choice for those who usually dress-down, but with a touch of elegance. Pair it with classic trousers but also ideal with a pair of jeans and loafers for a chic and trendy wear. Worn with jeans and a button-down shirt, the double-breasted blazer is suitable both for leisure and business dress, especially in an elegant and creative context.

Even a dress suit with double-breasted jacket, is a classic choice but not overly rigid, suitable for all those occasions when you want to dress with class. A particular attention should be paid to the choice of a tie or bow tie, ideal with this type of outfit. 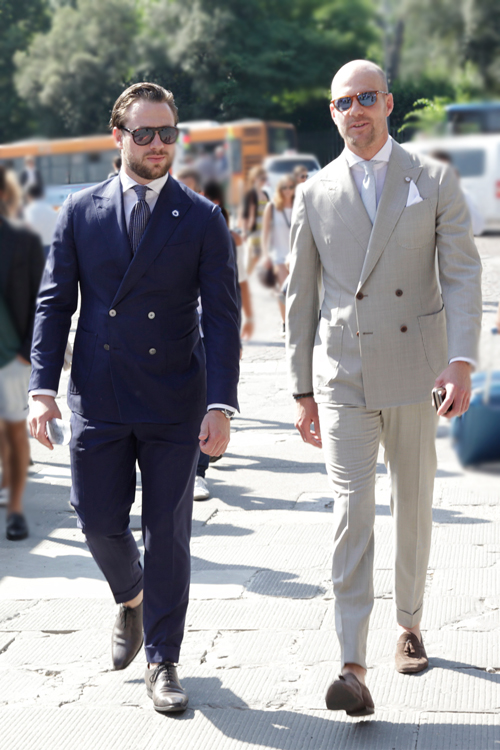 As for double-breasted jackets it’s common use to fasten all the buttons except the last, but i’s not a rule. It just allows to keep the jacket buttoned up both when you are standing and when you are sitting.

P.S.: READ MORE ABOUT “Men’s jackets and the mismatched style“.

Do you often wear double-breasted jackets?