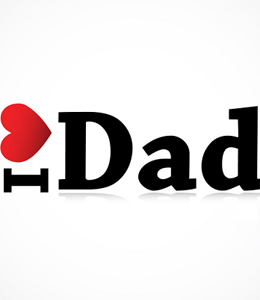 Father’s Day is nowadays celebrated almost everywhere, inaugurated in the early twentieth century, to complement Mother’s day and to celebrate fatherhood and family men, but also to pay homage to the duties of which every man is responsible in the society.

In 1910, a daughter of a Civil War veteran decided to dedicate a special day in June to celebrate her father’s birthday and since then that date was known as Father’s Day. Later, in Italy it was moved to March 19th, which in Italy is also known as St. Joseph’s day, who was a great example for many, as a father and as a worker. Some countries chose another date with a historical significance, while others still celebrate Father’s Day at the original date at the end of June.

Choosing a gift for Farther’s Day

Whatever is the date or country, the tradition is to give an useful, witty or funny gift for Father’s day. A precious silk tie is perfect for a stylish dad, while a trendy men’s shirt is ideal for a fashionable one, traditional and business-man fathers will love a classic dress shirt and a sportsman will appreciate a colorful sweater or cardigan. These are some traditional gift ideas, that will never go out of fashion, but to surprise even the most serious dad, an original gift will do. A nice idea is to create something recycling an old shirt, for example, you could make a purse for eyeglasses using the cuffs, or create a sack filled in with chocolates using the pocket. If you have some pastry skills, you could make a shirt cake, filled with cream and covered with sugar paste designed as a shirt, with a collar and buttons, maybe even paired with a real shirt. A fun job for children is to create an origami shirt greeting card, folded and decorated with care and joy, on which to write a sentence for their dad.