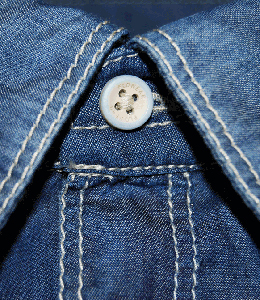 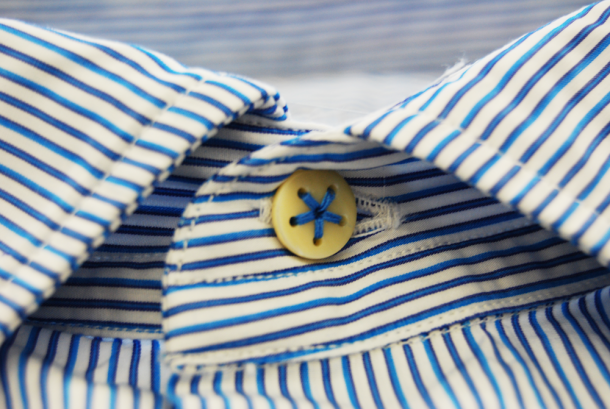 The history of the buttons is lost in the mists of time. There is some evidence that prototypes of them existed in China during the Bronze Age and later in the ancient Rome. However, the history of the button as known to us, started only in the Middle Ages. During this period of time the button was a very popular decorative element. In the absence of buttonholes, however, clothes were stitched and unstitched on whenever it was time to wear them! Despite the lack of a practicality, they were used in large quantities, for example Francis I of France requested an application of 13,600 gold buttons on his black velvet jacket. A few centuries later, during the 1700s, the famous Louis the Great became interested in buttons with miniatures and had them made with landscapes, flowers and even with erotic scenes.

The history of the button takes a turn around the 1800s, when its use became more common and its large-scale production began. It’s also during this period of time that the buttons became functional. The raw materials used for the production were precious such as gold and silver, in addition to brass. The buttons were large and had a lot of details. A legend tells that Napoleon requested an application of buttons on the sleeves of the coats of his soldiers so that these would not use them instead of handkerchiefs. With the industrial revolution the artistic buttons slowly began to disappear, giving way to those of standard forms.

Even today, the buttons continue to be an important part of a piece of clothing. In fact many brands spend a lot of attention to their appearance. Ck Calvin Klein and Poggianti, for example, customize their buttons with an incision of the brand name. Xacus on the other hand uses three-hole buttons in its sportswear collection, while Alea shirts have buttons with six holes which are sewn with contrasting thread in a way to create a flower. This detail is also underlined with an incision on some buttons of a word “flowear”, union of flower and wear! Finally, the button can also become a hallmark of a brand, as in the case of Carrel, that puts as a last, in each shirt, one red button, obviously with the logo “Carrel”.